Time to add the power!!

Well its been very slow lately, not that I'd lost interest, but funds were tight and time was also not on my side. But after some money saved to order things like fuel pump, filter, fuel line, unions etc...i decided to take the plunge and drop the engine and gearbox in. 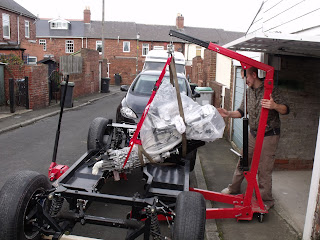 This was thanks to a loan of the engine hoist from
"Simon R" who luckily had invested in one when he got his GD build started. I did have some trouble aligning the gearbox to the block, as this involved removing the bell housing and fitting of the clutch arm and throw out bearing..... a simple task, or so i thought. Due to lack of experiance on this before i was just following instructions and clipping the thrower bearing into the end of the clutch arm and thus onto the pivot point on the bell housing. This did not allow the gearbox splined shaft to mate with the engine as the bearing was sat at an angle against the clutch springs.
So after some calls about and forum questions i eventually started browsing YouTube, then i saw a video informing me that the thrower bearing had to sit in the retaining clip on the arm, as opposed to behind it like i had done...problem solved and gearbox and engine became one. 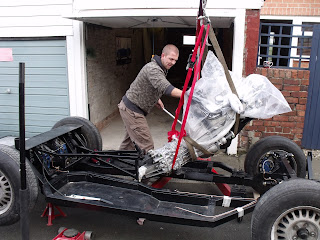 So with the weather on my side for this time of year i rolled the chassis out, and lifted the rear end as high as i could on the axle stands, this aided the angle needed to get the gear selector in the correct position.

I wrapped a seriously heavy duty strap round the bulk of the block taking care it was not catching/scratching anything as it got tighter. 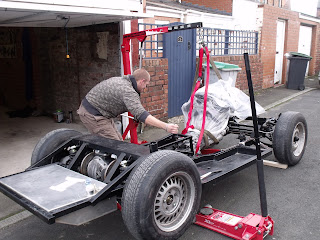 Then with a single ratchet strap round the gearbox i was able to offer the block into position. With the gear selector now in the correct place, i could simply tighten the ratchet strap which lifted the gearbox and engine level, and then slowly drop down onto the mounts. 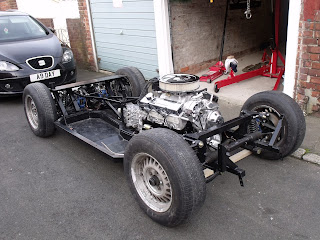 Everything went according to plan and now i have some much needed weight on the front end. this will now aid me in setting all the suspension tolerances and going back to basic to set all the torque settings for the everything fitted so far. so this will keep me busy over the winter, prior to an engine test fire. 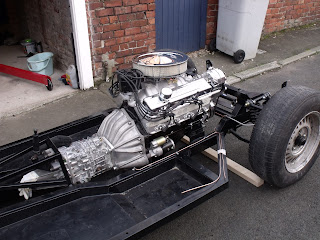 This is a massive step forward to me, as it looks like its taking shape, and now when people look at it it looks like something big and shiny, rather than just a load of old jag bit bolted on some box section. I will be placing an order soon with AK for my exhaust manifolds, headers and side pipes so i wont expect much change from £2600 and with the VAT increase on the horizon i should do it before to annoy the tax man, but with the instrument gauges also need for a test run (best part of £500 also) i think I'll have to prioritise.... hmmm, watch this space!!
Posted by Tommy-Boy at 10:49 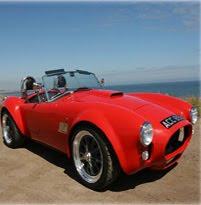 A truly stunning example of an exceptionally built cobra rep, check it out!! 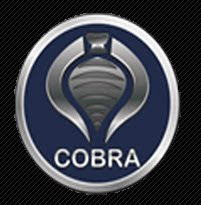 Are you planning a Cobra build? Or are you just a Cobra nut? Either way come and say hello on the CobraClub forum.

What i want to end up with. 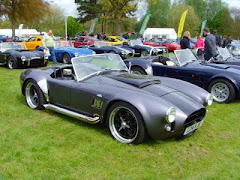 Although this is not an AK kit, this is what i'm aiming to get as a finished product